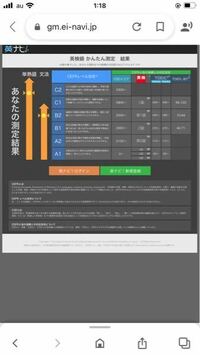 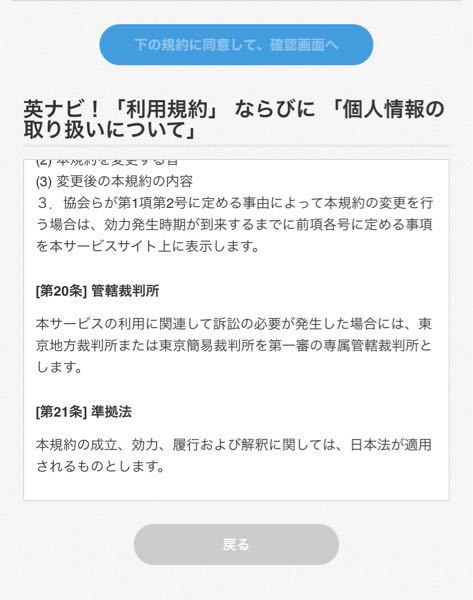 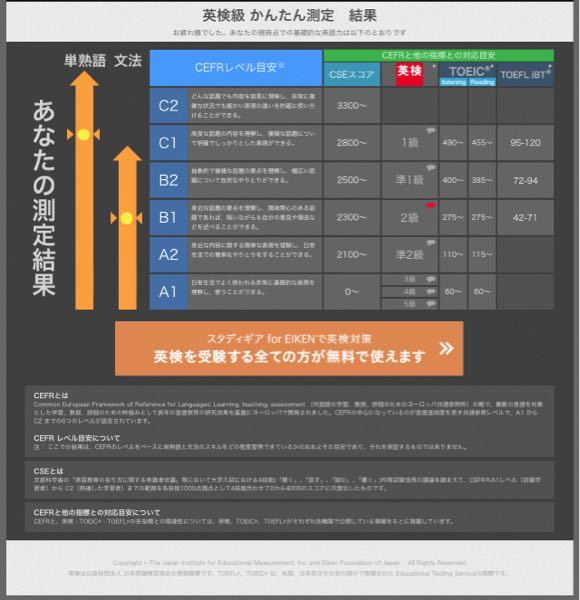 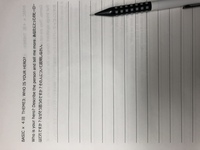 英語で論文書いてみました(pt.４)。感想と直すべきところを教えてください、お願いします。（）の中はエビデンスなので気にしないでください。 【Ambiguity and Clarity: Cultural Differences between Japan and the U.S.】 In terms of written communication, writers in the U.S. tend to state their main point at the beginning, and take a strong position about it throughout the paper (Nakayama). This style is regarded as having a lack of balance and being too one-sided in Japan, where people tend to state their main point later, and leave it up to the readers in terms of what to think about it. Therefore, Japanese writers tend to offer more points of view and do not tend to state as strong a position compared to ones in the U.S. (Rinnert 13). A similar pattern can be found in Japanese-American business negotiation and agreements. Japanese prefer a general form of written contract, where more negotiations are also possible later for the details. In contrast, Americans value a form of written contract where details are specified and all the possibilities are decided. These different approaches between Japan and U.S. in written communication patterns are also described as inductive and deductive (Rinnert 11, Teodorescu 288). Studies and data from Japanese-American business meetings show how cultural differences are still a major cause of misunderstandings in business, despite the standardization of business practices brought by globalization (Teodorescu 285). A Japanese businessman reported his experience of cultural misunderstanding when doing business with Americans. At the meeting, he received a proposal from the American partner and thought "this proposal is not good enough", but he did not say anything, since he thought that it was not good to criticize it. However, later in the meeting, his partner blamed him saying "Isn't it your specialty? And yet you have no idea." In this case, his American partner interpreted his silence as thinking nothing, having no opinion at all, while the Japanese meant to give him a positive impression (Yamato).

英語で論文書いてみました(pt.３)。スタンフォード大学に出すやつです。感想と直すべきところを教えてください、お願いします。 （）の中はエビデンスなので気にしないでください。 【Ambiguity and Clarity: Cultural Differences between Japan and the U.S.】 There are many round-about expressions that are considered more polite, such as “maybe” (Kagawa 28), which is quite contrary to the straightforward American way of talking. On the other hand, Japanese people commonly say “yes” (hai) as a backchanneling sign to show that they are listening to the other person. Compared to the English one, Japanese “yes” has room for ambiguity so it can have many different meanings depending on the context (Teodorescu 285). Moreover, Japanese usually do not ask questions until they have finished listening. For these reasons, a native English speaker will often proceed with the story thinking that the listener is understanding (Kagawa 22; Rinnert 4). In the United States, since it is a country made up of a variety of ethnic groups thanks to the influx of immigrants (Kato), there are many different cultures and ways of thinking. If a message is ambiguous or not logical, there is a higher chance of the other party misunderstanding. American people tend to value discussion and direct confrontation, so they often interrupt conversations. According to data from a study on simultaneous speech in Japanese and American talk shows, American speakers interrupted to take the floor more than twice as often as the Japanese, and the number of unsuccessful interruptions in Japanese was only one-fifth that of the Americans (Rinnert 5). This can be attributed to the more “cooperative” style of Japanese, compared to the “competitive” one of Americans (Rinnert 6). Evidence of ambiguity and clarity between Japan and the U.S. is prevalent in people’s daily lives, linked to their culture and history. Japanese people have been accustomed to their difficult and ambiguous culture since they were born, in contrast, people in the United States have a tendency to keep things clear and simple.

1.まだ仕事が沢山残っているので帰ることが出来ない ( still / work / I/leave / have / can't /I/ now / so /a lot of /,). 2.研究によって牛乳が好きな人は長生きすると示されている ( lovers /longer / shows / live / milk / that / research ). 3.その会議の聴衆は彼女のスピーチに感動した ( impressed / conference / audience / was / the / the / at ) by her speech. 英語の並べ替え問題なのですが教えていただけないでしょうか？？よろしくお願いします！

1.今年、スッタフはみな良い仕事をしました。 ( entire / has / the / staff/ a /job / great / this year / done ). 2.そのレストランは地元の人のお気に入りですが観光客の間ではあまり知られていません。 ( among visitors /is/the restaurant / it / by locals / loved / well known / not / is / so / but /, ). 英語の並べ替え問題なのですが教えていただけないでしょうか？よろしくお願いします！

I did my homework. 受動態はなんですか？

No more hamburgers and fries for me. 意味を教えてください。

I wonder if it's time for a checkup. 意味を教えてください。

She was not even sure if the car was going to start , or keep it together long enough to get us there この文を和訳して下さいお願いします

I'd dropped my phone the week before , third time in as many months, and it was properly smashed , no real hope of repair この文和訳して下さい

I'd dropped my phone the week before , third time in as many months, and it was properly smashed , no real hope of repair この文和訳して下さい お願いします 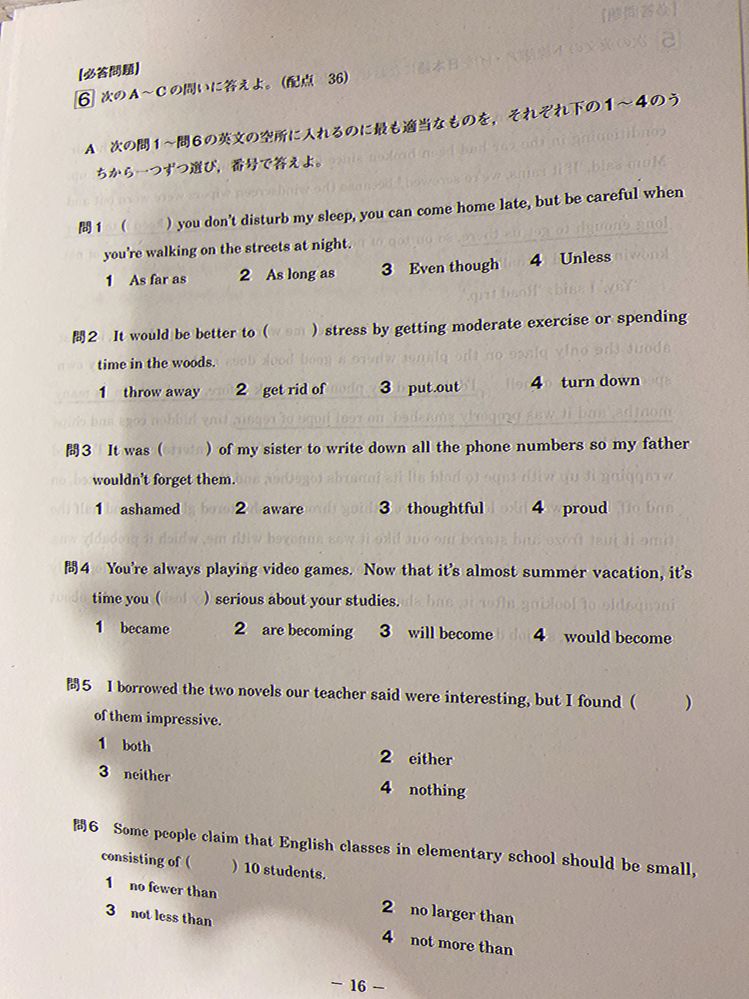 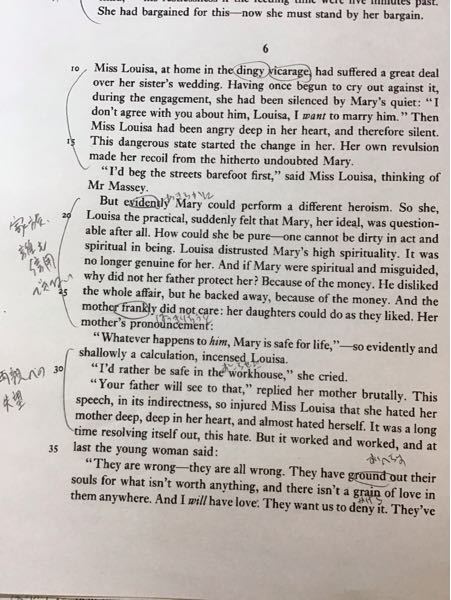