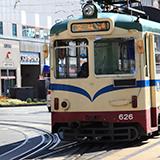 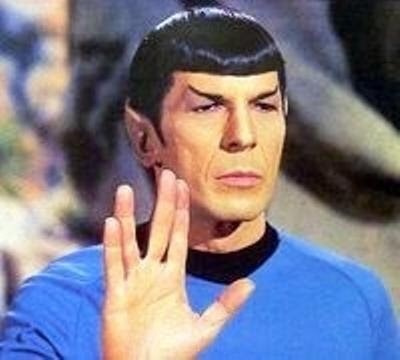 これは英検でいうと何級レベルでしょうか？ 多摩大学の過去問なのですが、英表なのかコミュ英なのかも分かりません。 問題の内容は A:Hello, I would like to make an appointment to see the dentist. B:Certainly. ( ) A:No, I was just calling to arrange for a regular check-up. B:I see. In that case, how about next Monday afternoon? A:Yes, that would be fine. a.Is there something wrong with your eye? b.Are you teeth hurting you at the moment？ c.the doctor can see you now. d.If you could just wait over there , I’ll see you in a moment. こんな感じでカッコの中を埋めるタイプの問題です。 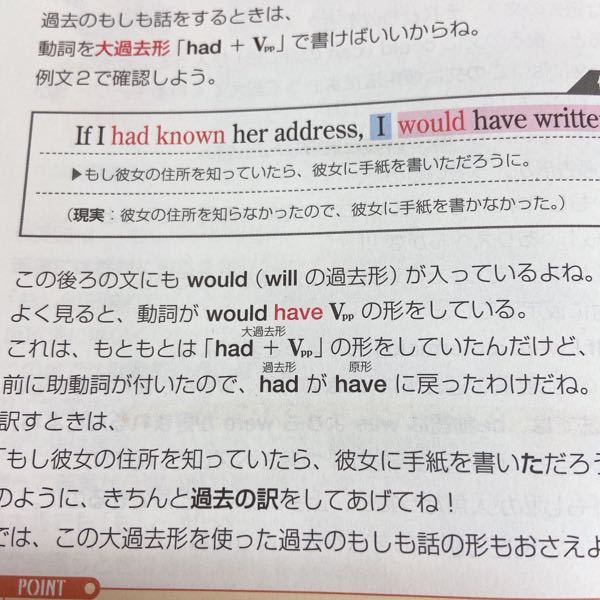 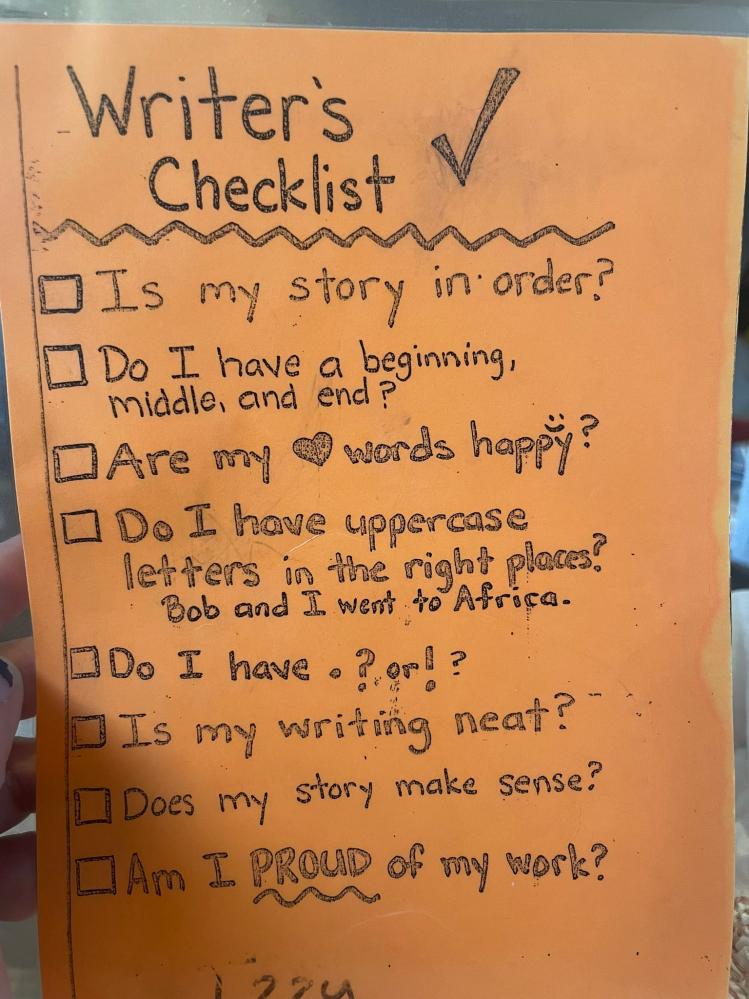 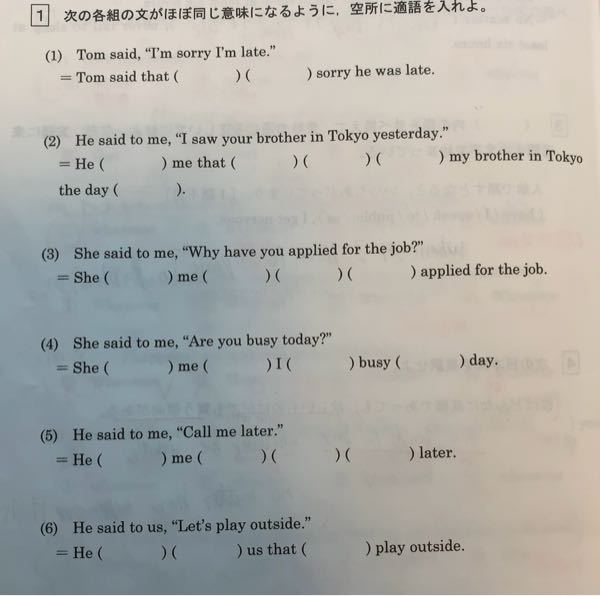 翻訳お願いします Endangered Animals in the World Let us give you one example from the Red List. It is the crested ibis, or toki in Japanese. Up until the Meiji era, we could see many ibises around this country. However, the population of ibises in Japan rapidly decreased. People hunted them for their beautiful feathers, and development destroyed their environment. It was difficult for them to survive. In 1981, five ibises were captured on Sado Island for breeding. People tried to help them live safely, but they died one by one. The last one died in 2003. However, we still had some Chinese-born ibises on the island. They were a gift from the Chinese government in the 1990s. Since then, people have been breeding these ibises. We have lost all of the original Japanese ibises, but someday ibises may fly over Japan like before. 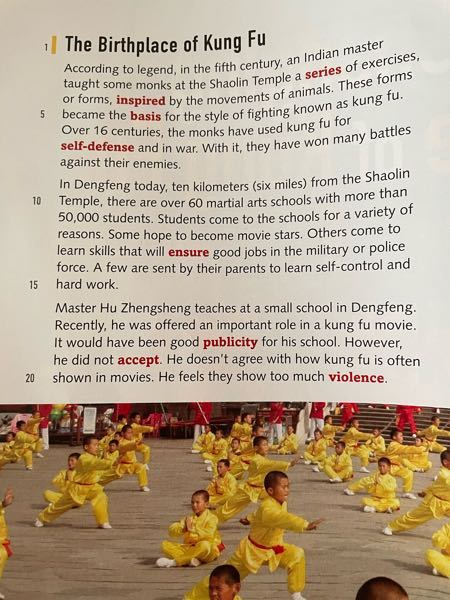 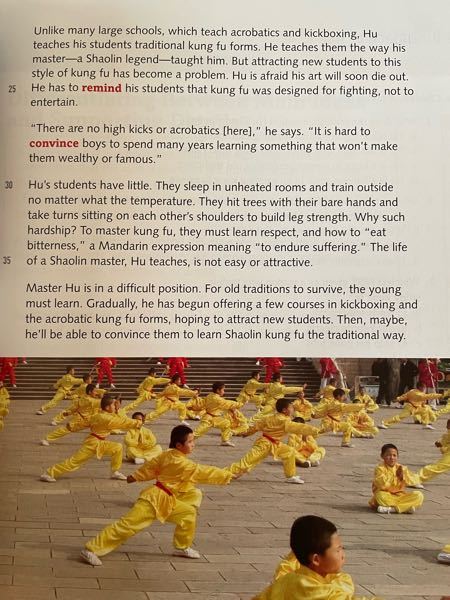 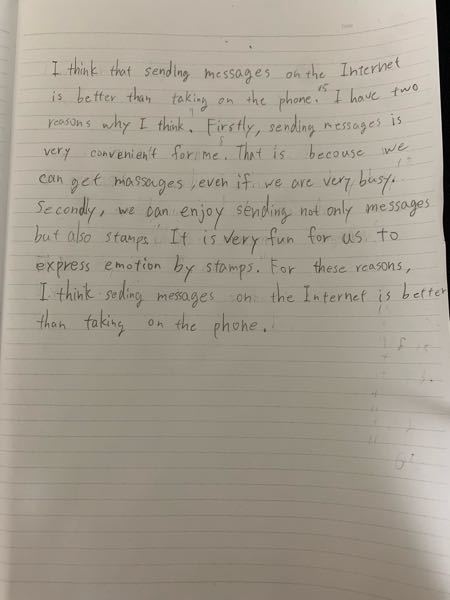 spinについての説明文として、次のような英文が記述されていました。 意味を理解することができないので前から順番に訳していただけないでしょうか。 よろしくお願いします。 To turn round and round quickly; to make something do this.

少しの間をあけるとするならばどこが一番良いですか "I’m not much of a person." 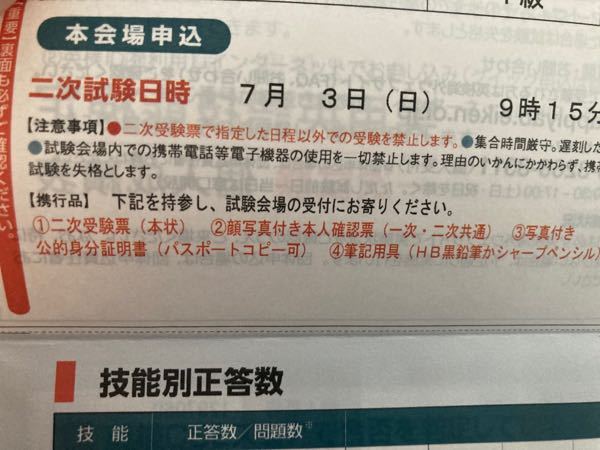